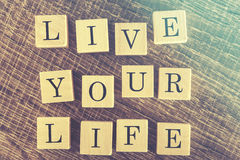 Recently I’ve been contemplating life and reminiscing about my younger self.  When I was in my early teens on up into my 20’s, I used to wonder how I measured up to others in the world.  I would readily compare myself to family, friends, colleagues or working professionals; did I make a certain amount of income, hold a respected position in a company, have a high status in society or did something that was of importance or value to the public?

I did my utmost to emulate them but to no avail.  I sold myself on a bill of goods that I knew was unattainable.  Why was it impossible?  It’s because they were living their life and pursuing their goals and dreams.  I had forgotten all about what I wanted to do with myself.  I was so busy worrying about catching up to them that I flat out ignored my passion, my dreams.

When I finally woke up, I realized that I had a new lease on life.  My trajectory in this world was on a different course from everyone all together and it was my goal to make it happen.  I cared less about the status, fame and wealth of others and started to explore new things, take chances, make tons of mistakes, sought answers and learned to never give up.

It’s through this self-realization that I am where I’m supposed to be right at this moment.  It’s a never ending, constantly changing state that I’m okay with.  Why? Because it’s my life.

So don’t be so influenced by other people’s place in life that you neglect your own.  You have a destiny that needs to be fulfilled by none other than you.  So go out into the world and epically fail so that you can tremendously succeed at what you were meant to be! 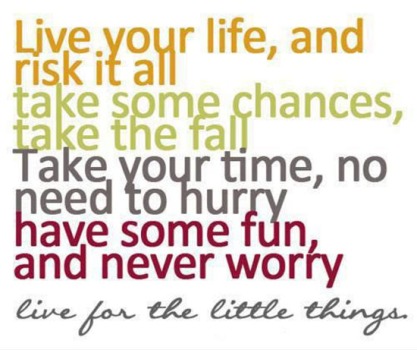 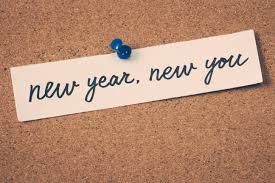 Start of a new year

Many doors are now open

Our dreams are within our grasp

Time to fulfill them

Take on the world without fear 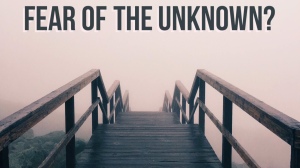 what have I done

that makes this a concern

of certainty and control,

stayed in my lane

eyes on the goal

But one fateful day

I decided to jump

Heading into the unknown

taking me out of a slump

scary with every wave

What course do I take?

How do I behave?

This path that I’m on

Has me out of whack

my life a bit askew

With the chips all down

and back against the wall,

staying strong is the key

to endure the long haul

I’ve learned to be patient,

I’ve learned to be kind,

by using my heart with my mind

This bump in the road

riled with stress and strife,

I’ll get past this somehow

it’s my test in life

I have to be positive

look at all that I’ve done

be grateful for what I’ve got

Life it too short

I’ll do the best that I can,

live for a better tomorrow

“Everlasting Hope” as my game plan. 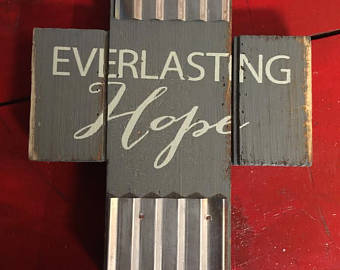 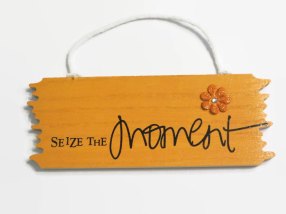 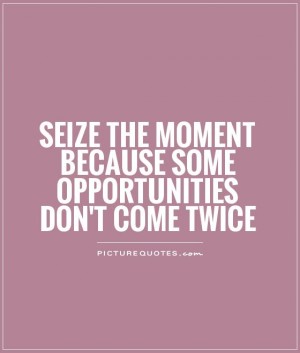 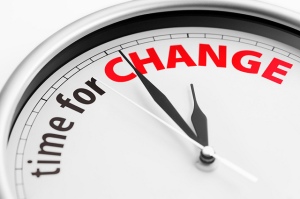 How do you deal with change?  Especially the life changing ones.  This has been weighing on my mind the past couple of days.  In the past, when I was much younger, this was never a concern; in fact I enjoyed experiencing change.

As I got older, I got married, had children, found a secure job. I found a daily routine that made my life simple.  I was content with the way things were in my life and for a person that likes control…I was in heaven.

Now all of a sudden, I’m changing jobs. Going from a good paying job to something that is much less but with great benefits.  On top of that, opportunities are presenting themselves to where my passion, my dream, can become a reality.

My younger self would’ve been thrilled with what’s going on.  Welcoming the change, the unpredictability.  But my present self and my current state of mind is a bit hesitant.  Don’t get me wrong, a part of me is really excited but three quarters of me is not.  Fearing the unknown is truly terrifying. 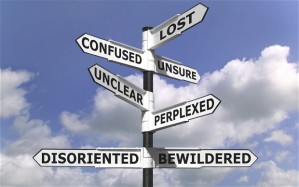 You would’ve thought that through all my years, all of my accumulated experiences would prepare me for this.  But it never does.  The only thing that I’ve learned was that sometimes you got to take a leap of faith into the unknown.

It might work out, it might not.  It’s a chance that I have to take.  I’ve always learn to bet on myself to endure whatever life threw at me.  It’s so cliché to say this, but as long as my family and friends are there for support, advice and guidance, change can be bearable. 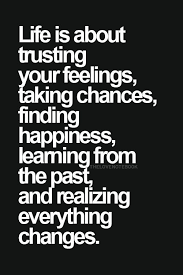 It’s a given that change will always happen.  We will always be both excited and scared from it but we should have the confidence in ourselves to know that we’ll get through it.  Possibilities for great things are there if we just take a chance. 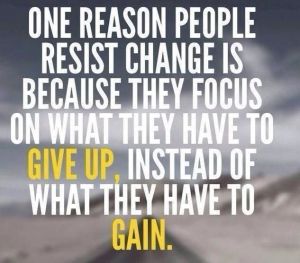 If you were born and raised in Hawaii, the pidgin language became a part of your everyday conversation.  It’s like slang words that were created here in Hawaii that “all” the locals tend to speak.  Even if you spoke perfect English, chances are a few pidgin words would creep in, unconsciously, as you’re speaking.

Everyone from every state has their own slang words that seem like a foreign language to those that are visiting their state.

Why am I bringing this up you may ask?  The other day, I overheard a colleague mentioning that she saw her favorite actor vacationing down here but was too afraid to go up and get a picture with him, let alone saying hi.

When I heard this I thought to myself, “Why would you be afraid to do so?”  When are you ever going to get the chance to meet your favorite actor/actress/sports athlete ever again?  You’ll always regret for not doing so.

Growing up in Hawaii, I was always accustomed to hearing “Chance ‘um!” uttered among the people around me.  “Chance ‘um” is a phrase in the pidgin language that means “Go for it!” or “No shame, take a chance.”

What’s the worst thing that famous person would say to you if you approached him/her, “I will cut your eyes out and burn your house down!”  I think not!  The absolute worst would be “No” or “Sorry, I don’t want to be bothered right now.”

You’d be surprised as to how many famous A, B, C or D-list celebrities would welcome an adoring fan.  Granted there are those that would just turn you away but “SO WHAT!”  These famous people are just regular human beings who just so happen to appear on TV or play in the biggest sports arena in the world.  If you are courteous in your approach, chances are they’ll reciprocate in kind.

When I was young, I got the chance to meet one of my favorite AND my very first celebrity, Jack Lord, at Ala Moana Shopping Center with my father.

Jack was an imposing man with a stern gaze; he looked liked the Steve McGarrett from the original Hawaii Five-O I remembered watching on TV.   I was so scared of him that I squirted his pants with my water gun and hid behind my father. Suffice to say, my dad, being the cool cat that he is, played it off and told him that he was my favorite actor on TV.  Jack, flashed a really big smile and got down on his knee to greet me at eye level; he shook my hand and then lifted me up so that my dad could take a picture of me with him.  Lucky for me I had a dad whose hobby was none other than photography.   He turned out to be super nice and gracious.

When I was in college, I worked part-time at Ala Moana Shopping Center and ironically got a second chance to meet another celebrity.  There was a crowd within Shirokiya‘s electronic department;  being the curious type, I worked my way through to see what all the commotion was about.  It was none other than Stevie Wonder with his assistant at the counter.

THIS WAS STEVIE WONDER!!!  I was a bit puzzled as to why no one was approaching him, all I could think of was we were all in awe of this legend that we all had cold feet.

I was in shock as well to be so close to a man whose songs were known worldwide, but suddenly things changed when that phrase “Chance ‘um” popped up in my subconscious.  I felt like what the hell, what do I have to lose.  THIS WAS STEVIE WONDER!!! So I got bold and went up to him, told him that I loved his songs and to keep up the good work.  He stuck out his hand, trying to meet with mine; stupid me, in my excitement I totally forgot that he was blind and trying to find my hand.  I then left feeling totally overwhelmed from the experience and in hindsight wished we had cellphones back then so I could have gotten a picture of the experience.

Since then whenever I had an opportunity to meet a celebrity, the phrase “Chance ‘um” came into play.  This was a once in a lifetime opportunity so don’t pass it up.  Over the years I got a chance to meet a host of known people and was fortunate that all of them were super nice and down to earth about me “respectfully fawning over their celebrity status.

All I can say is that if you ever have a chance encounter with any A, B, C or D-List celebrity and you want to meet them but hesitant to do anything about it, “No be scared, CHANCE’ UM!“

You just might have an awesome experience with that “somewhat famous” person and be the envy of your friends and family.

Here are just some of the people who were SUPER NICE and took a picture with me. 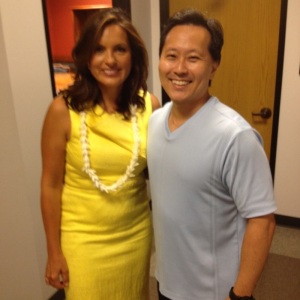 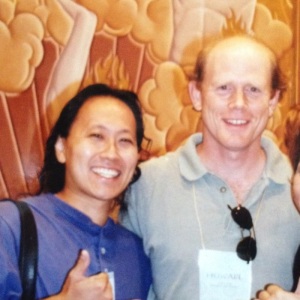 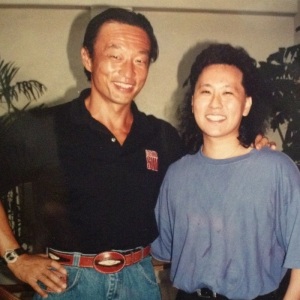 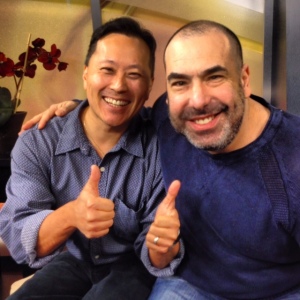 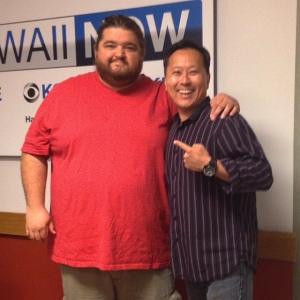 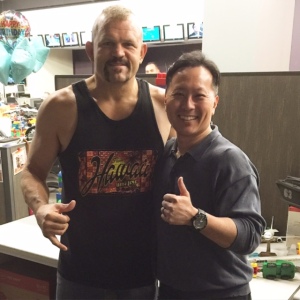 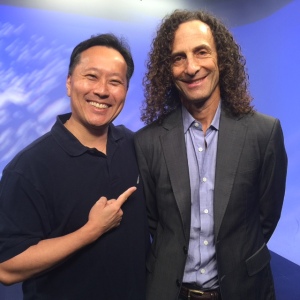 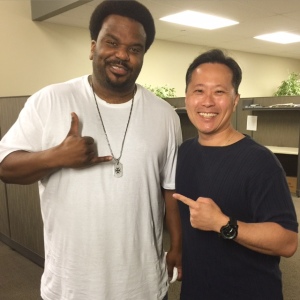 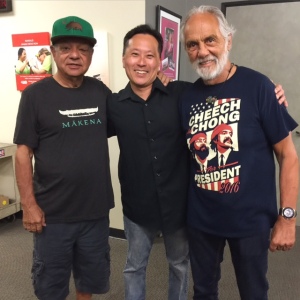